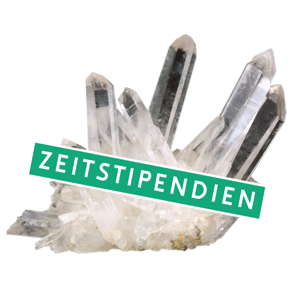 The senate’s draft for Berlin’s budget for 2016/17 includes a significant increase in the culture budget: 22 million additional Euro in 2016, 33 million in 2017. The senate emphasized that particularly funding for the independent scene is to be ramped up. According to current statements, in 2016 9,7 million and in 2017 10 million Euro will be invested in the independent scene.

We are happy about this big step towards the structural improvement of working conditions for artists im Berlin. However, information on how exactly the senate plans to use this money will only be released in August. Considering that the Independent Scene Coalition calls for 18,8 million to realize the 10 point program, including Time Grants as Point 3 with 2,5 million, it is already foreseeable that the cultural administration will not comply with the requests of the independent scene in their entirety.

We are not just interested in more money, a little more of the same old thing. As part of the Independent Scene Coalition we call for a rethinking of cultural policy, and with it new, permanent and autonomous funding structures.

In the course of this Autumn, the budget draft will be negotiated in parliament – the fight is far from over.

And now for something completely different: We would like to encourage everyone to apply for the new grants from the City Tax funds –  the deadline is Tuesday, the 14th (!):
The cultural administration of the Berlin senate has an ongoing open call for 140 “Work and Research Grants” in the areas of performing arts, visual arts, literature, serious music and jazz. There are 43 visual art grants, at least 34 for artists, and 9 for curators. (Application in German only, unfortunately.)

These are not Time Grants! These “Work and Research Grants” borrow heavily from the concept of Time Grants as well as other elements of the 10 point program, but they are neither independent, nor a large enough number to come close to fulfilling the needs of visual artists in Berlin. But they do provide a good opportunity to show how great our need is, so please apply! And why not mention in your application that many, many more grants are necessary?

We will be in touch in August with dates for a series of talks and workshops about artistic working conditions, international movements for labor rights in art, and politics of distribution. If you have ideas on these subjects, or are interested in co-organizing, let us know.

Until then we wish you a great summer,